Right now I’m caught up in series of novels titled Game of Thrones, and the HBO series based on the novels.  Creatures called dire wolves–from the Ice Age and now extinct–are central to one of many over-lapping  story-lines, with dire wolves in symbiotic relationship with young royals. 2011 transitioned so quickly cart-wheeling into 2012, and I am embracing my she-wolf. I don’t bite but am running hard and fast down two different paths: the environment and health. Like the story-lines in Game of Thrones, the two paths have and continue to overlap. I’m including some of my favorite photos from 2011 some with and without rhyme and reason in relationship to the text. Put simply, these photos like so many I took last year simply touched me.

The first path is environmental. I continued my life’s work, a ministry to people and the earth, sharing the gospel of African Americans and the environment. Back in 2010, I published Rooted in the Earth: Reclaiming the African American Environmental Heritage. Continuing into 2011, non-profit organizations invited me to do speaking engagements, some of the content based in part on the book: 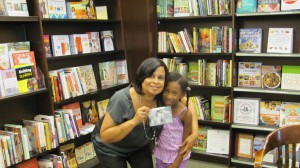 At Barnes & Noble with a Little Fan

I also did a radio interview with Groovin 1580 FM and a book-signing with the Wildlife Federation at Georgia Tech. In 2012, I will continue to share an environmental gospel, speaking at the Tuskegee Institute Historic Site in Alabama and Getty College in Pennsylvania.

From Fall 2010 to Summer 2011 when I  continued my environmental opus, I was in an intensive Clinical Pastoral Education Program training for chaplaincy. I managed to complete the program, while still blogging.

Interestingly, the Rooted in the Earth WordPress Annual Report differs from my favorite blogs “penned” during part of the program. The highest ranking blog going back to 2010 was (drum roll please) Predators: Survival of the Fittest in a Busted Paradise. Perhaps not so surprising since my blogs on film and television ranked higher than some of the historical blogs. People like popular culture. Well, so do I.

I also love history and my personal favorites included Kentucky, African Americans, and the Environment, Harriet Tubman Working Nature, Barack Obama: An Alternate Environmental History, and 2011 MLK Day: Remembering Martin Luther King, the Environmentalist. Hey, I’m a historian. What can I say. I’m back on the steep happy hill–that’s the she-wolf in me on the move–blogging again in 2012 with a call for blogs for a State of Diversity and the Environment Blog Carnival.

So what’s that second path as I continue loping on winding path?  Back in 2010, I never imagined that graduating with an M.Div. in “Faith, Health and Science” at the Candler School of Theology at Emory University would be life changing concerning my health. Over the last year I lost 17 pounds and hope to lose about 20 more. No rush. One pound at a time. Jenny Craig, Nutrisystem, Weight Watchers . . . make it happen like Mariah belts out in the recent Jenny Craig commercial.

I continue being heart healthy with nutrition and exercise. I serve as a pastor at Crafton United Methodist Church and some of the members have followed my example joining Weight Watchers. Others have been serving healthy options like veggies at Coffee Hour after church. And yes, I found time to blog about spirituality and religion at BeingEphesus.com.

I am grateful to everyone in my personal life who patiently listened to my stories about being on paths of the environment and health. In addition, so many colleagues invited me into their institutions trusting me to share one vision of  an African American environmentalism. I did not take that trust for granted because many of the people in the audience were college students. I honored to continue working with young people, my favorite “demographic.”

Now I stand among many talented and committed in an environmental family with shared interests in diversity. One kind and generous person in stood out in 2011: Na’Taki Osborne Jelks. I knew Na’Taki for years going back to 2005 when I went on a hike with Keeping It Wild in Georgia. It wasn’t until she organized several events for me that I got to know her better. I am grateful for Na’Taki and so many others devoted to the cause.

I invite you to continue with me embracing your inner-she-wolf (or whatever creature works for you) on paths to protecting the planet and good health, with a dash of science. Thank you for coming along with me.