The recent New York Times Room for Debate is “Should Overcrowded National Parks Have Restricted Access?” My contribution to the debate is “National Park Maintenance Is an Issue that Doesn’t Resonate with Many African-Americans:”

“Though preservation of natural resources in undoubtedly important, many of the most popular parks that are threatened are not the ones African-Americans frequently visit. So the issue of whether overcrowding is impeding conservation does not have the same resonance in our community . . .”

An environmental and health atrocity has been committed against African Americans in Flint, Michigan. The water provided by the government, one of our institutions that is tasked to protect people has instead poisoned Flint residents. The City of Flint stopped buying their piped water from Detroit, instead using the polluted Flint River as a transitional source until Lake Huron water was available. Flint’s Mayor Dayne Walling and other officials congratulated themselves for saving Flint millions. Unfortunately, African Americans had little to celebrate. Some of the gravest fall-outs of this environmental disaster is that chemicals like trihalomethane, a by-product of disinfectant, in the rivers causes rashes and pipes leached by the chemicals cause lead poisoning.

Government agencies and political leaders have long passively neglected or actively abused African Americans when it comes to the environment and health. The United States has failed African Americans. And this is nothing new lest we forget the Tuskegee Syphilis experiment when from 1932 to 1972 scientists did not treat the syphilis in infected African American men in the study although treatment with penicillin was developed and readily available in 1947. The scientists watched the men slowly and painfully die from syphilis. Remember the aftermath of Katrina in 2005 when African Americans in parts of New Orleans and bordering parishes suffered for days in the Super Dome, the Conference Center, and countless other places waiting and waiting for their government to help to send help, to save them.

Flint’s pressing need for a new water infrastructure and the Flint children who face life-long cognitive and behavioral effects of lead poisoning require comprehensive and long-term solutions.  We must deal with the systemic issues of racism and poverty that have been part of this complex issue. As United Methodists in Michigan I believe we must be part of those long-term solutions; we must be among those who are first on the scene and last to leave.

The bishop’s appeal and financial contribution provides immediate support with items like filters and bottled water. The Michigan Area also understands that longterm plans are required to rectify the water crisis and assist African Americans in Flint and across the United States to be healthy, self-sustaining, and independent.

Homestead Grays and Frick Park
In the “What’s Race Got to Do With it” Series in Sojourners: Faith in Action for Social Justice. 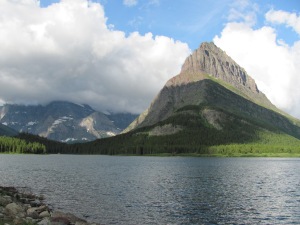 One love of my life is studying and sharing about African Americans and the environment. Read and watch “Looking Back at African-American Environmental History,” my interview with Allegheny Front–NPR that aired on July 4, 2015 at 7:30a.

I published ‘A Garden So Brilliant with Colors, So Original in Its Design’: Rural African American Women, Gardening, Progressive Reform, and the Foundation of an African American Environmental Perspective back in 2003. Environmental History recently virtually republished the article in a collection titled Race, Justice, and Civil Rights.

What I loved the most about writing an environmental history of African American women and gardening was the arduous love I put into the research at places like the North Carolina State Archives and the Rockefeller Archives. More importantly, I walked across a threshold with women with dirt under their nails moving with them from invisible to visible in the historical record.

I was and still am honored by and proud of my connection to these gardeners.

Some might think that it all started on Tuesday, September 16, 2014 in this narcissistic 20th century world. Not so. There have been waves of African American environmentalism.

The first wave . . . Ancient Africans who I wish I could make famous today times 10 reality tv, worked the land in places like Ghana and Botswana before white colonialist gave those countries a name.

The second wave . . . A stolen assaulted people, an African people–treated as a monolith yet so diverse in cultures including language. They became, through struggle and hardscrabble, African Americans. Whites used their expertise in the cane, cotton, and tobacco fields. African Americans were the experts with expert experience framed by the brutal realities of enslavement. Stolen and holding their pride in their knowledge of nature.

The third wave . . . Before environmentalism part of the American lexicon, African Americans were just in nature. George Washington Carver, an African American scientist, best known for all the ways to use the peanut, spoke tenderly of nature. He wasn’t using the word preservationists back then but he knew nature.

And even faced with segregation in the first half of the 20th century, we became boy scouts . . . girl scouts. We also squeezed what limited resources the Cooperative Extension Service (United States Department of Agriculture today) and made a way out of no way.

The fourth wave . . . Benjamin Chavez, Robert Bullard, and Dorceta Taylor, and many others with famous names and names we will never know carried us on their shoulders into the late twentieth century with a BANG. We called for environmental justice. Many fought environmental racism. Our pioneers and environmental s/heroes stood up against powerful corporations and corrupt governments to save our children. We fought against that foul garbage dump. We stopped that industrial plant from dumping waste into our neighborhood. Poor people with few resources recognized the environment was deforming and killing babies who could never be born. Marginalized people recognized that too many were diagnosed with cancer at high rates in toxic places.

The fifth wave . . . Over the last ten years or so many have emerged . . . I am afraid to name them all because I might leave someone out. And that would be a shame. They put their shoulders to the plow and there is change.  So to honor the impact of so many, I ask you to name them. Whisper or shout the name of an African Americans past and present who so transformed you, redefined you in such a way that the meaning of nature has changed for you. Speak those words, those names because that is a our power in a world where abuse in the form of words and actions tries to steal from us, steal nature from us. Words.

The sixth wave . . . I see you. So many young people including children embracing nature. I close and suddenly open my eyes. And as I sit in a field of wild flowers, I watch our children dance in circles, kicking their feet and raising their arms. And I am ready for this next generation of African American environmentalists! Here they come . . . wait they are here.

Glacier is my first national park. Surprised? Audrey Peterman understands the awe I experienced for the first time. She described how she first discovered the national parks with her husband Frank: “From the top of Cadillac Mountain in Acadia National Park in Main to the mesmerizing formations of the Badlands National Park in Washington State . . . we marveled at the astonishing richness and diversity of the natural landscape.” (Audrey Peterman, Legacy on the Land, ix)

I also shared and experienced Audrey’s observation concerning the lack of ethnic diversity. Yes, I saw Blackfeet, Native Americans, who still remained confined to living on a reservation, the worst of the lands, whose borders were circumscribed by whites. Even with the constraints, this will always be the land of Native Americans, even when stolen. Sadly, I saw few African Americans on the trails. Perhaps that will change.

All-in-all, I was transformed by my visit to Glacier National Park. Seeing black bear alone was worth the trip. It is hard to describe but I feel different. I stayed at Many Glacier National Park, crossed the border into Canada for high tea at the Prince of Wales Hotel, and walked in the clouds at Logan Pass along the Sun Road–also at Glacier. And that I saw the glaciers before they disappear were emotional moments. I hope that everyone takes advantage of visiting one of the many national parks in the United States!

On Thursday, April 10, 2014, I had the honor of listening to Dr. John Francis, Planet Walker. He was invited to speak at the Inspire Speak Series at the Phipps Conservatory and Botanical Gardens in Pittsburgh. Dr. Francis was sponsored by The Green Building Alliance. He was an African American environmentalist long before environmentalism coalesced into a national movement in the late 20th Century and a cultural way of being in the 21st Century. Watch his Ted Talk:

He proudly continues to advocate for the earth.

John Francis walks the Earth, carrying a message of careful, truly sustainable development and respect for our planet.

“At Trinity United Church of Christ in Chicago, members and neighbors buy fruits and vegetables from a black farmers market and work in an organic garden named after botanist George Washington Carver . . . “